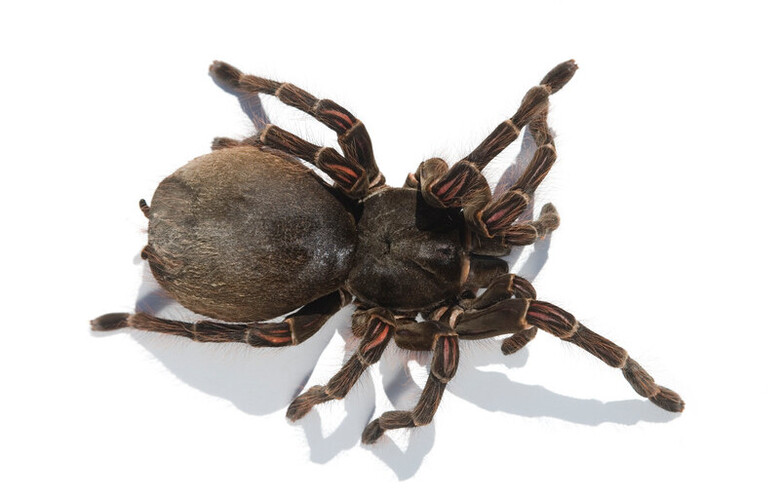 The world's largest known spider is a male goliath bird-eating spider (Theraphosa blondi) collected by members of the Pablo San Martin Expedition at Rio Cavro, Venezuela in April 1965. It had a record leg-span of 28 cm (11 in) - sufficient to cover a dinner plate. This species is found in the coastal rainforests of Suriname, Guyana and French Guiana, but isolated specimens have also been reported from Venezuela and Brazil.

A two year old spider of the same species, bred by Robert Bustard and reared by Brian Burnett of Alyth, Perthshire also had a leg span of 28 cm (11 in) and weighed 170 g (6 oz) in February 1998.