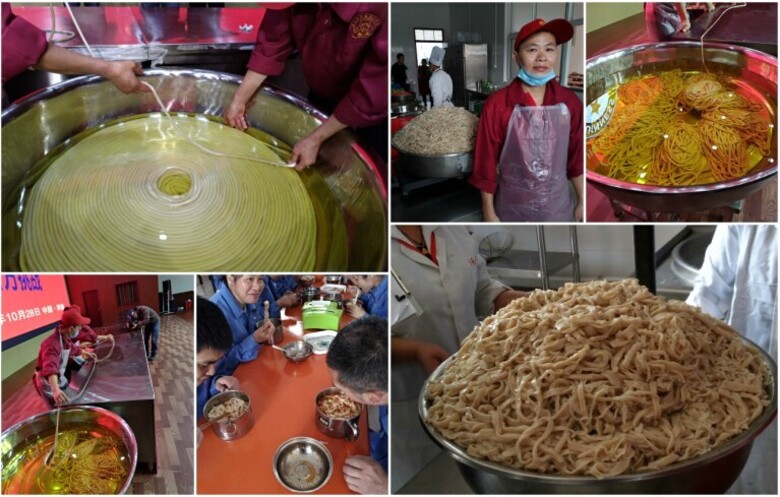 The noodle weighed 66.1 kg and ingredients used were 40 kg of bread flour, 26.8 litres of water and 0.6 kg of salt. It took 17 hours to roll out the noodle and three hours to measure it. Over 400 company staff and invited guests ate the noodle on the morning of 28 October 2017, which is the Double Ninth Festival in China, being the ninth day of the ninth lunar month in 2017.

Xiangnian wanted to celebrate the festival by offering a banquet, which included the noodle which was cooked in a garlic, egg and tomato sauce, to elderly guests. Noodles are a symbol of long life in Chinese tradition, and the longest noodle record attempt was one means for the company to wish the elderly a long and healthy life.

Xiangnian is the biggest producer of dried noodles in Henan and the third biggest in China. It does not make instant noodles. The company is twenty years old and makes over three hundred kinds of noodles.

The noodle made for this record attempt was of the ramen variety.