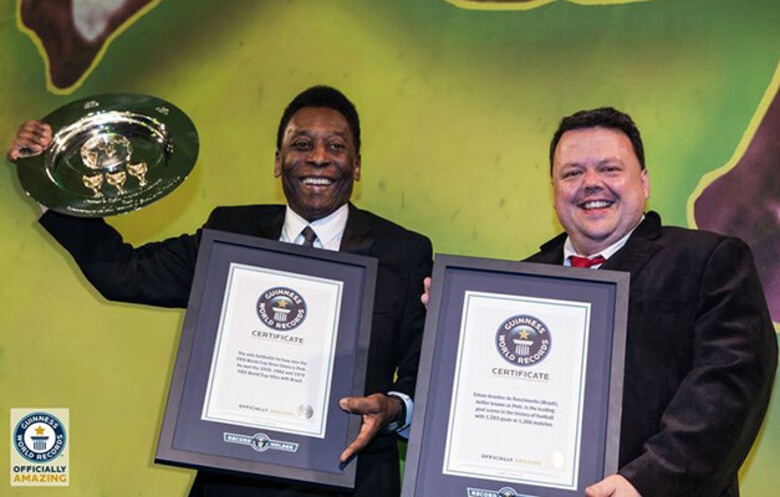 The greatest number of goals scored in British first-class football is 550 (410 in Scottish League matches) by James McGrory of Glasgow Celtic (1922-38). The most scored in League matches is 434, for West Bromwich Albion, Fulham, Leicester City and Shrewsbury Town, by George Arthur Rowley (b. 21 Apr 1926) between 1946 and April 1965. Rowley also scored 32 goals in the FA Cup and one for England `B'.

Pelé has been actively involved in leprosy elimination campaigns in Brazil and has done extensive work for children's causes through UNICEF. Since his retirement in 1977, Pele has become an international ambassador for sport, working to promote peace and understanding through friendly athletic competition.